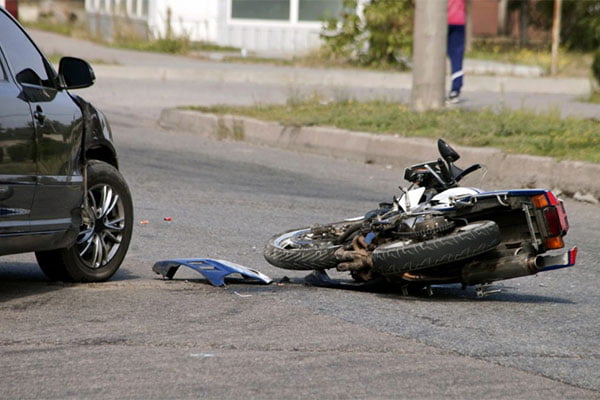 “One person is dead following a four-vehicle crash near North Branch Tuesday afternoon.

A crash report from the Minnesota State Patrol says the deadly accident happened around 3:45 p.m. on Hwy. 95 near 392nd St.

The incident began in the westbound lane of Hwy. 95 when a Dodge Ram rear-ended a Chevy Cruze, sending the car into the eastbound lane of traffic where it collided with a motorcycle. The Ram then crashed into a westbound Honda Fit that was waiting to turn left at 392nd St.

The motorcyclist was killed, and has been identified as Larry Micheal Cooper, 58, of North Branch. He was riding a 1989 Honda CBR 300 and was wearing a helmet.”

As a motorcyclist, you can take all the proper precautions and still be vulnerable in an accident. Through no fault of his own, the gentleman killed in this accident likely had no time to react during the incident. It’s unfortunate but accidents like these happen all the time. Even if the accident doesn’t result in a fatality, injuries to motorcyclists are almost always serious.

If you or a loved one has been involved in a motorcycle-related accident, contact Krug & Zupke, P.C. We can be reached at 651-645-7746 or visit our motorcycle accident page for more information.