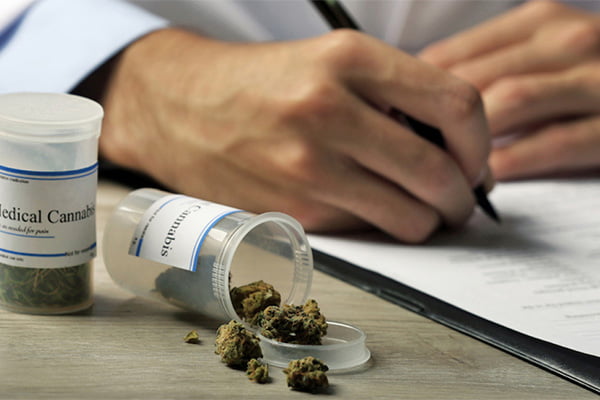 “If workers have access to medical marijuana, they could be less likely to file a worker’s compensation claim.

That’s the finding from a new research article published in Health Economics, exploring the link between medical marijuana laws and worker’s compensation claims.

Researchers found about a 7 percent drop in worker’s comp claims in states that allow medical marijuana, Reuters reports, and claims made were for shorter lengths of time, on average.

Last year, the Pew Research Center discovered 91 percent of Americans are in favor of at least legal medical marijuana. Thirty-three states and Washington, D.C. now allow medical marijuana, which won’t cure ailments, but it is touted for its pain management abilities.”

Here in Minnesota, certain conditions need to be met in order to be eligible for medical marijuana. Those conditions include cancer, glaucoma, HIV/aids, seizures, and PTSD among other things. With the U.S. becoming more tolerant of marijuana use, there is a good chance that more conditions will be added in the future. As far as how it relates to workers’ compensation claims, these results are indeed very intriguing.

At Krug & Zupke, P.C. we’ve helped many clients navigate the legal hurdles of filing workers’ compensation claims. If you’ve been involved in an accident and need assistance filing your claim, give us a call. A free consultation is available by calling 651-645-7746 or you can visit our workers’ compensation page for more information.