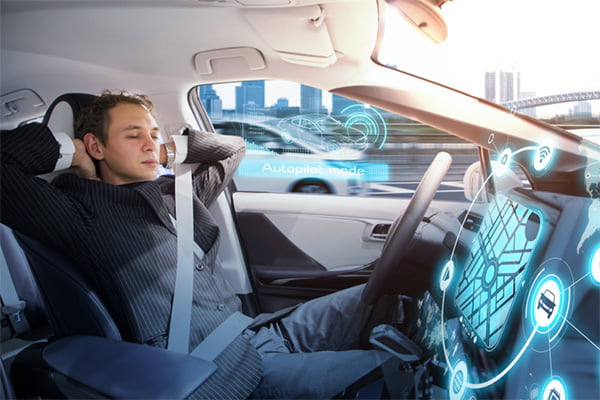 “The operator of a self-driving Uber Technologies Inc. vehicle that struck and killed a pedestrian in Tempe in 2018 has been charged with negligent homicide in connection with the incident.

Rafaela Vasquez, 46, was indicted by a Maricopa County grand jury on Aug. 27, the county attorney’s office announced Sept. 15. Vasquez pleaded not guilty to the charge during a Sept. 15 arraignment before Commissioner Richard Hinz in the Maricopa County Superior Court. She was released from jail with ankle monitoring.

Elaine Herzberg was jaywalking on Mill Avenue just south of Curry Road by the Marquee Theater at 10 p.m. March 18, 2018 when she was struck and killed by the self-driving Uber vehicle. Vasquez, the safety driver in the Uber vehicle, was watching a television program on her phone and allegedly not paying attention to the road at the time, according to Tempe police.”

This case, where the incident in question occurred over two years ago, is the first instance where a pedestrian was killed by an autonomous car. Uber had settled the civil suit last year and the main question is who is ultimately to blame? Was it the operator who failed to perform their duties? Uber for not monitoring the operator and ensuring they were paying attention? That is a question that ultimately the court will need to decide.

At Krug & Zupke, P.C. we handle all types of personal injury cases including car accidents. If you or a loved one has been involved in a car accident due to no fault of your own call us at 651-645-7746 for a free consultation. You can also learn more by visiting or car accident practice page.