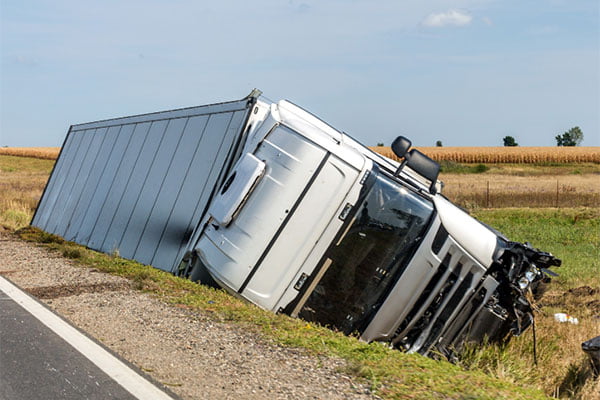 “The first crash took place around 8 a.m., according to the Minnesota State Patrol. The incident type is listed as “fatal” in the report.

A second crash took place around 9:15 a.m., according to the Minnesota State Patrol. It was about four miles east of the first crash and caused life-threatening injuries.

The first crash involved a westbound semi truck that veered off the roadway and crossed the median into the eastbound lanes, according to the state patrol. It struck another semi truck and a passenger vehicle.

The second crash took place when a semi truck was slowing to a stop due to traffic and a large SUV rear-ended it, according to the crash report.”

Read more about these accidents here.

Without getting all of the details it appears that the second accident involving a semi-truck accident was through no fault of that driver. Regarding the first accident, the driver of the semi-truck that allegedly crossed the median died when paramedics arrived. The drivers of the other semi-truck and passenger vehicles received only minor injuries. The exact cause of the crash remains under investigation.

Krug & Zupke, P.C. has helped clients in motor vehicle accidents, including truck accidents get the compensation they deserve for over 30 years. If you or a loved one have been involved in a truck accident please call us at 651-645-7746 for a free initial consultation.