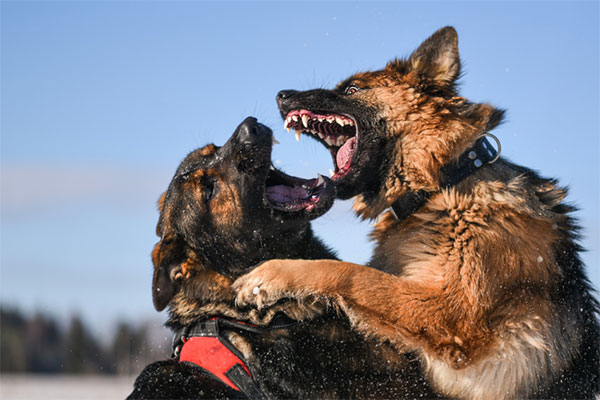 “It’s an experience Jeremey Reach doesn’t really want to remember, let alone talk about. On Aug. 31, the father of two took his daughter, Jolie, outside to play at their home. Reach said he went to the porch to grab his daughter’s jacket when suddenly he heard the two-year-old scream, turned around and saw two dogs attacking her.

“I was scared to death,” Reach recalled. “There were two dogs. One kind of had her by the shoulder, the other by the leg. I chased them off, kicked them and they ran back home.”

Reached said the dogs, believed to be Labradors, belonged to his neighbor. Jolie was badly injured. The toddler suffered scratches and bruises all over her body, including wounds on her hips. One of the wounds was so bad, Jolie has a medical vacuum pump that has be replaced twice a week. Doctors also had to sew her left ear back on.”

It’s fortunate that this incident didn’t result in death of this poor child. An attack from one dog can be deadly but when two or more dogs are involved the situation becomes direr. Although the dogs were taken by animal control it is unclear whether they will be euthanized. The fact remains that the neighbor is responsible for their dogs and should be held liable for damages and trauma.

At Krug & Zupke, P.C. we understand the physical and emotional toll a dog attack can have on their victims. If you or a family member have been involved in such an incident please call our office at 651-645-7746 for a consultation.