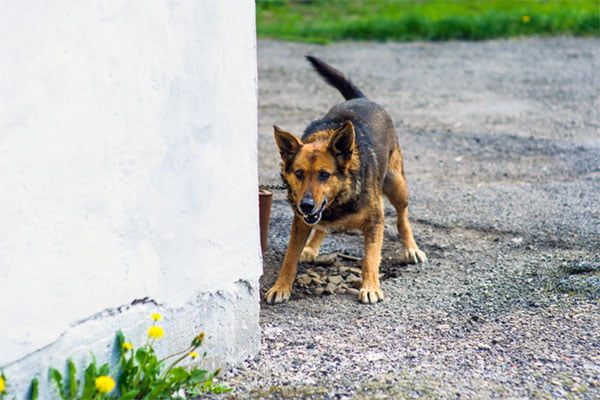 “On Jan. 9, the dog bit 3-year-old Ronin at the Loose Caboose restaurant in Old Town Spring. As the little girl entered the restaurant, the dog, who was seen wearing a service vest, bit her face, family members said.

In a surveillance video of the attack obtained by ABC13, Romano and the dog are seen walking down the sidewalk with the girl’s father, James Waldroup, walking not far behind her. The video does not include audio, but body language indicates an exchange between the two.

Romano then got in a car with a man and left.

According to court documents, authorities were able to get in touch with the man who fled with Romano from the scene. The man reportedly asked about the condition of the 3-year-old victim and identified Romano as the owner. He added that Romano fled the scene because she wanted to protect her dog, Kingston. He also stated that Romano told him if she couldn’t have the dog, she would kill herself and went on to blame the incident on the 3-year-old.”

Dog owners are responsible for the actions of their animals whether an incident is provoked or not. According to witnesses, the 3-year-old did nothing to startle or offend the dog. Furthermore, after conducting interviews with past associates of Romano, authorities were disturbed to find that several other incidents occurred involving this dog biting. Now, because of this owner’s negligence, this little girl must undergo therapy and rehabilitation for that terrible experience.

Have you or a loved one been injured or bitten by a dog? Contact Krug & Zupke, P.C. at 651-645-7746 to discuss your case. You may also visit our dog bites page for more information.